In the first of a series of Bridport Rugby Club profiles, Blues’ captain Andrew Livingston talks to president Peter Brook about his connection to the club.

“You don’t have to be old to be president,” says Brook, the incumbent club president of Bridport Rugby Club. “But you need to have been around the club to know the running of it.”

After making his debut appearance during the club’s first season in 1968, few have more experience around the club than Brooker, as he is known by club mates around the bar. 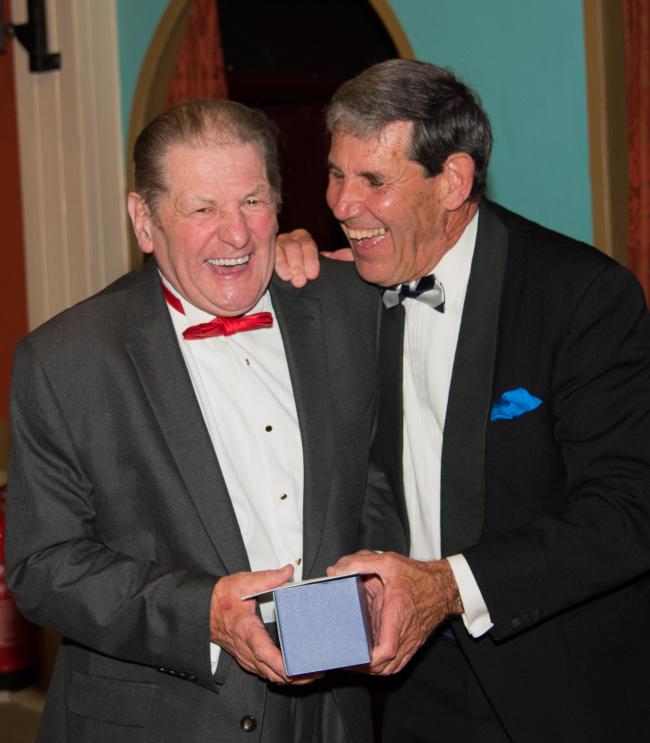 Starting his rugby career at Dorchester in 1965, the former estate agent and valuer was delighted when his teammate Dave ‘Shandy’ Williams told him that he and John Osbourne had started a new local club in Bridport.

“I was very settled at Dorchester, but once they (Osbourne and Williams) started it I was very happy to come to Bridport. To join a new and enthusiastic club almost on my doorstep was very exciting.

“In those early days the team was very constant and the camaraderie was splendid, we played for each other, socialised until late in the evening and looked forward to midweek training.”

Over 20 years, the now 74-year-old accumulated over 300 appearances for the club and even went down in the history books by collecting the clubs first ever red card after legend has it he asked the referee for an invitation to his parents’ wedding.

“I was bit of a beefy character, I was quite strong and nearly 16-stone at one stage,” exclaims the former loosehead prop. “I was too slow for other positions but I could maul and scrummage.”

In 1990, Brook played his last game in the annual Brown Bowler game against Somerset rivals, Crewkerne. “When I hung up my boots I joined the merry band of supporters offering sound advice from the touchline and questioning the ref’s eyesight.

“Much later I was invited to join the committee and look after our wonderful group of vice-presidents. I have been honoured with the role of club president, a position which I have held for nearly 10 years.”

As for the future of the club, Brook hopes for one thing for himself and the club. He said: “I hope I can stand on the touchline for many years to come with a pint in my hand, cheering on Bridport and seeing us beat the Dorchester first team.”