Bridport suffered a third heavy defeat in a row against the Swans 19-59, the damage being done by a set of very rapid and elusive backs, with the Swans fullback and inside centre to the fore.

For the third week in a row the Daggers, whilst having better squad numbers than the previous week were still having to play with players out of position particularly in the backs. Regrettably the injuries continue to mount up as 4 substitutes were used and Bridport played the last 15 minutes with 14 men going down to 13 for the last ten following a yellow card for dissent.

From the kick off Bridport made rapid ground into the Swans 22 and went close to the line on a couple of occasions forwards and backs combining well. However, the Swans turned the ball over and a miscued clearance kick fell very fortuitously for their wing who easily outpaced the Daggers defence to score under the posts.

The Swans were soon back in Bridport territory despite a couple of encouraging breaks from Ricky Stubbs back playing after a long absence and showing that he still had the eye for a gap in the defence. The Swans kept up the pressure and from a 5 meter line out spun the ball down the line for what appeared to most to be an incorrect grounding but the try was awarded. The injuries for the Blues kept coming and the elusive running of the Swans backs gave them a further two tries before half time to lead 26-0.

Bridport gained a penalty from the KO and kicked long but didn’t find touch, the Swans counter attacked gaining a penalty and a line out in the Daggers 22. The ball was turned over and great attacking play by Nathan Herbert, Livingston and Stubbs swept Bridport into the Swans 22. Excellent support by the forwards forced the Swans to offend and from a quick tap Livingston went in under the posts.

The Swans quickly retaliated using the speed of their backs to take play into the Bridport 22. On each occasion despite some excellent defence the Swans were able score, with the occasional lucky bounce a 3 further tries.

The Daggers showed some spirit when after the Swans knocked on from the restart, Bridport forced a turnover penalty, quickly taken by Herbert driving into the Swans 22 and with a neat interchange of passes with Livingston he scored in the corner. By now Bridport were down to 14 men and the Swans ran in 2 further tries. The Blues were not finished and after forcing a penalty from an excellent McLoughlin drive and offload to Herbert, Will Murley offloaded to Herbert for his second try.

Coach Ayo Fraser was obviously very disappointed with the defensive performance but the problems of choosing a settled side due the number of injuries limits the ability to give a cohesive performance. He was happy with the way in which the side took their scoring opportunities and with the solidity in the scrum.

Our next game is away to league leaders Bournemouth 3rds on Saturday 23rd October. 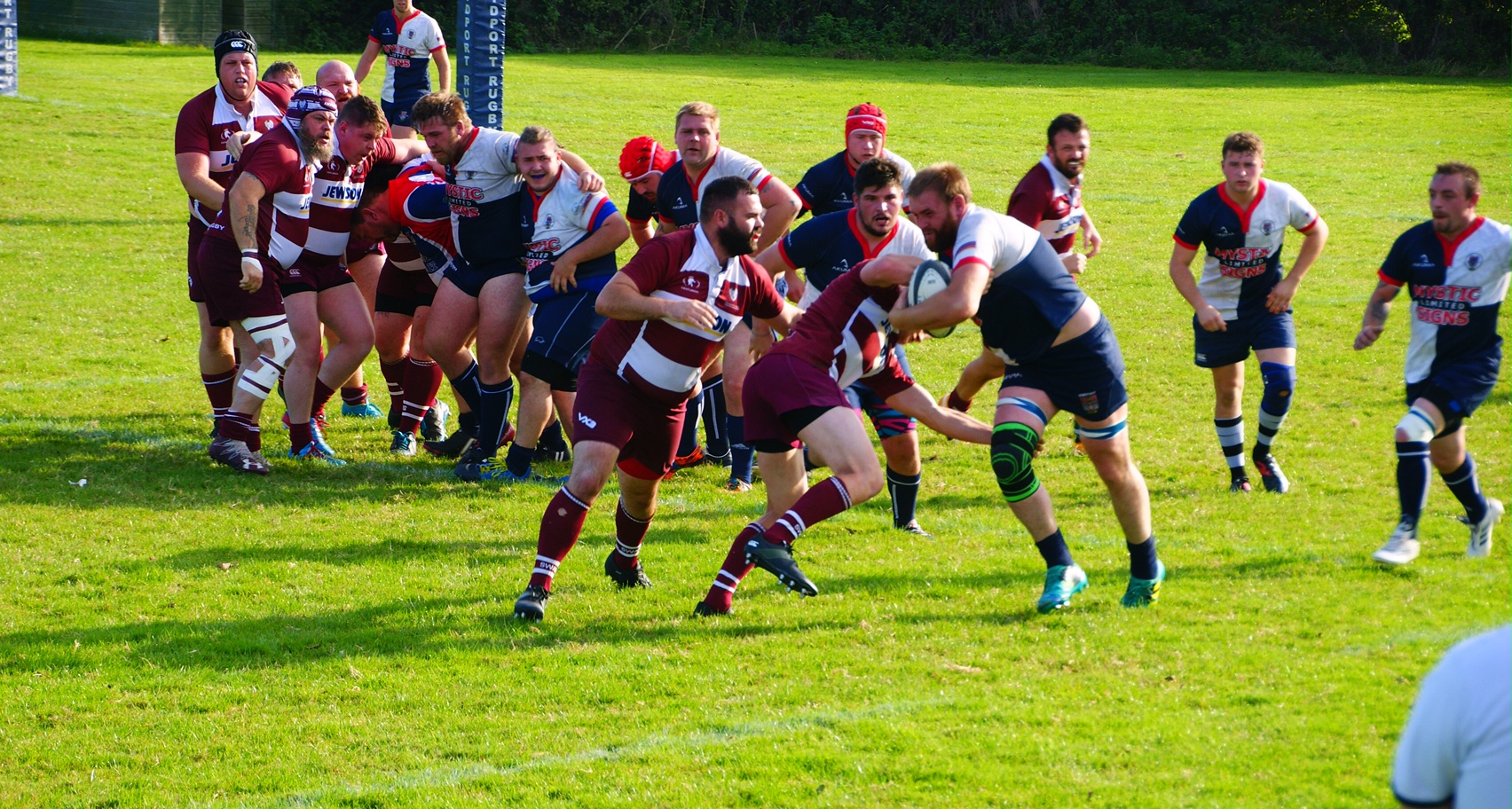 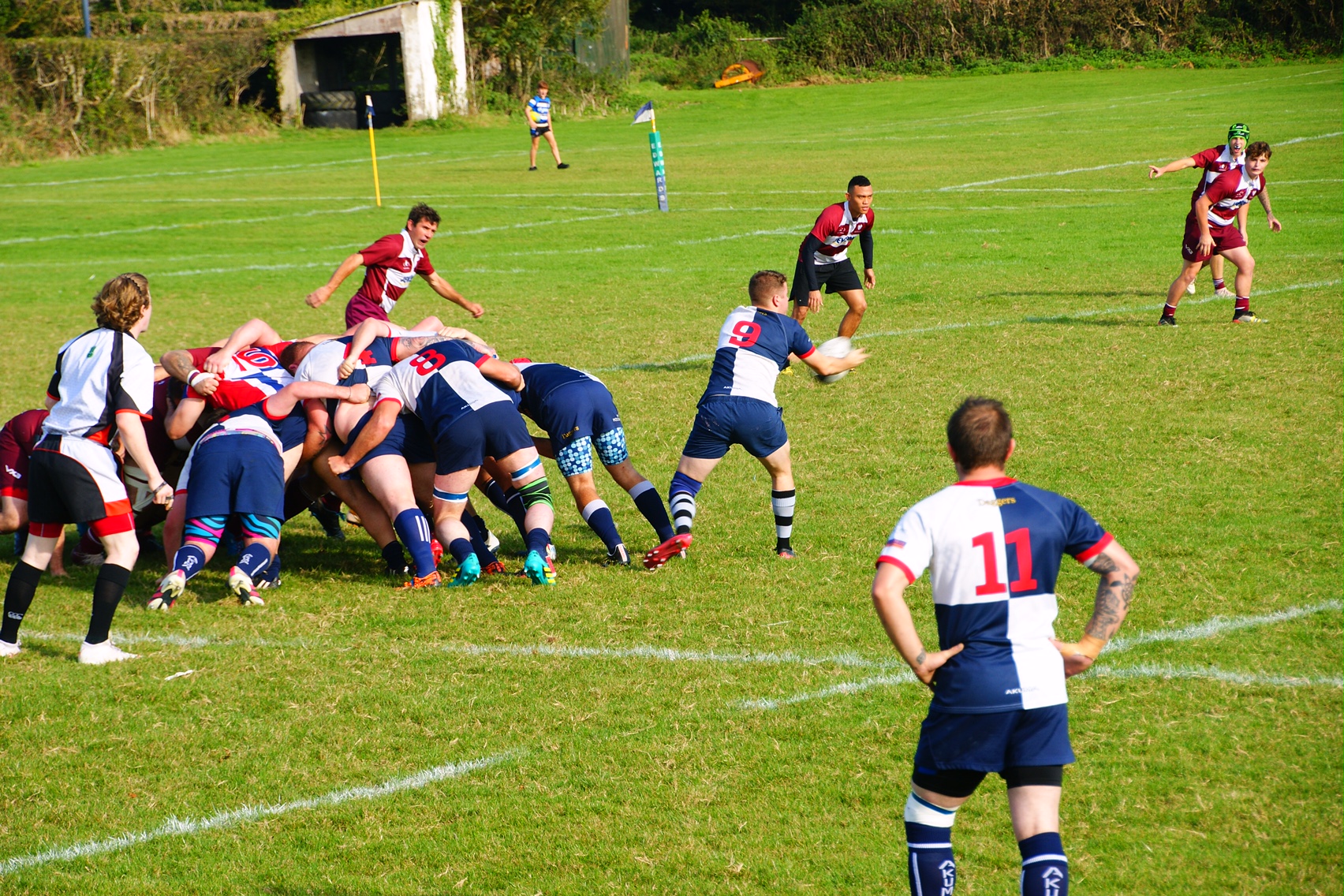