The Blues travelled to second placed Wheatsheaf but came up just short losing their unbeaten record, 12-19, to a late converted. However, their losing bonus point meant they stay top of the league by a point. In a tight game their lack of depth on the bench compared to their opponents,
who seemed to be bringing on replacement players at regular intervals, was crucial when they suffered injuries to Alex Perkin in the first half and Mitch Waters in the second. Both players were contributing greatly to the match making hard yards and drawing in defenders.

The Blues started brightly from the kick off with Waters making a break to halfway and gaining a penalty which did not find touch. Crew gained an interception but knocked on and from the resulting scrum turnover a speculative kick through was not cleanly gathered allowing Crew to kick on and
score. From the kick off the Blues knocked on allowing Crew to clear long into their 22. From the line out turnover Crew set up an attacking position on the line and drove over to score a converted try.

The Blues had an immediate reply when from a scrum on halfway Tuck quickly fed Waters who easily beat the cover defence offloading for Dave Cutting to score under the posts, Waters converting. The Blues then enjoyed their best period of the match with the forwards retaining the ball well with Ayo Fraser and Paul Maloney driving over the gain line keeping Crew pinned in their own half. However, despite great line breaks by Waters and Oscar Tomkins they were unable to break through and with Ellis Blackburn denied twice, being bundled into touch, once illegally, just short of the line they went in a half time 12-7 down.

The wind which had assisted Crew initially in the first half had now dropped entirely and the second half was a much more even with Crew gaining more possession and their fresh players starting to make an impact. Waters before he went off had done sterling work in defence and again broken the line. Oscar Tomkins made one searing break into the 22 but was well tackled before he could offload. After good defensive work from Fraser, the Blues gained a penalty and cleared long. The subsequent line out was knocked back by Crew but Will Murley was quickly through their line to gather the loose ball and score in the corner. Tomkins could not convert and the score was tied at 12-12. However, from the kick off Nathan Herbert cleared long and Crew ran the ball back with a speculative kick through taking a wicked bounce deceiving the Blues players and allowing Crew to gather and score the winning try.

The Blues next game is not until January 11 th at home to Dorchester, but they go into the New Year top of the league! 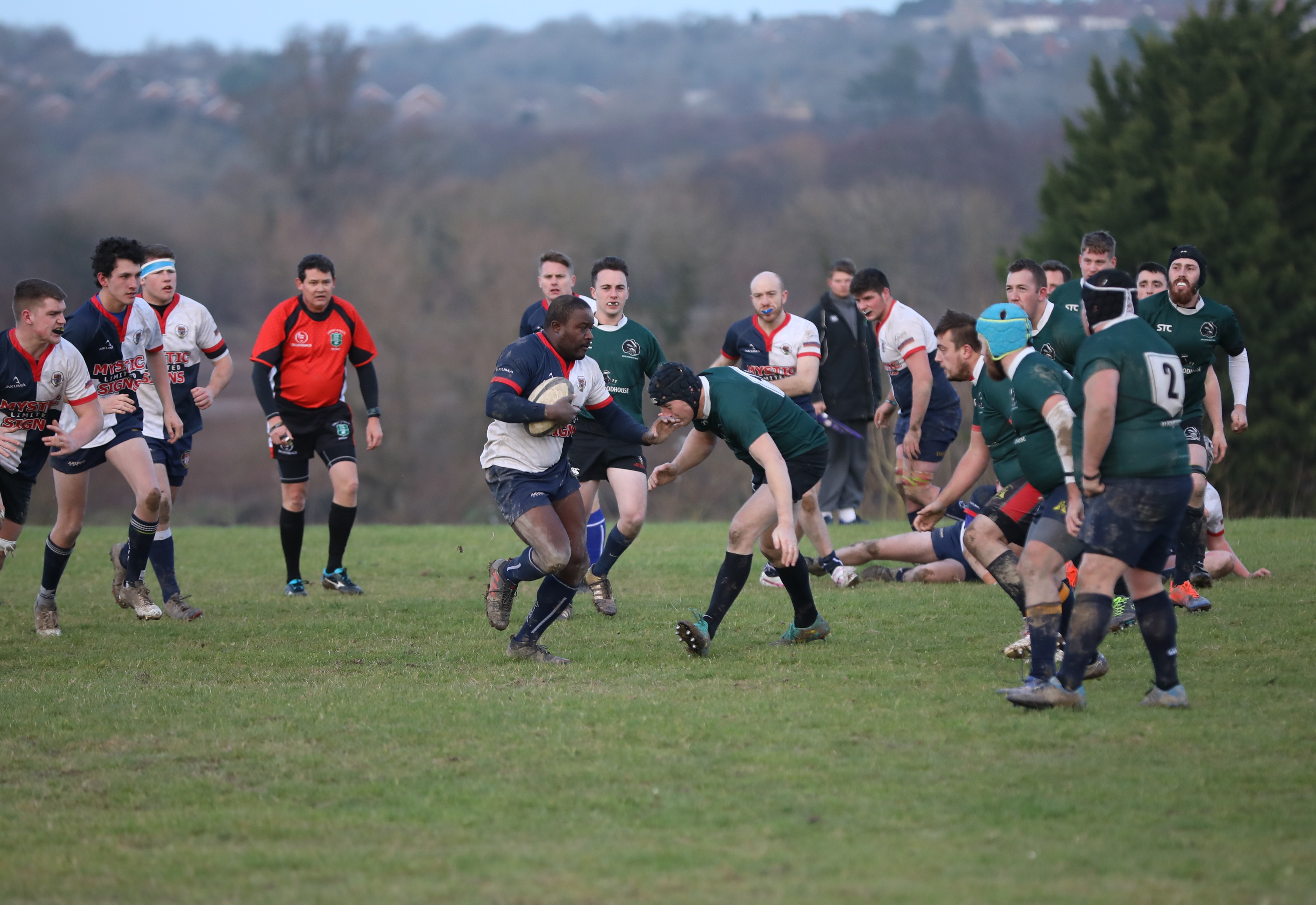 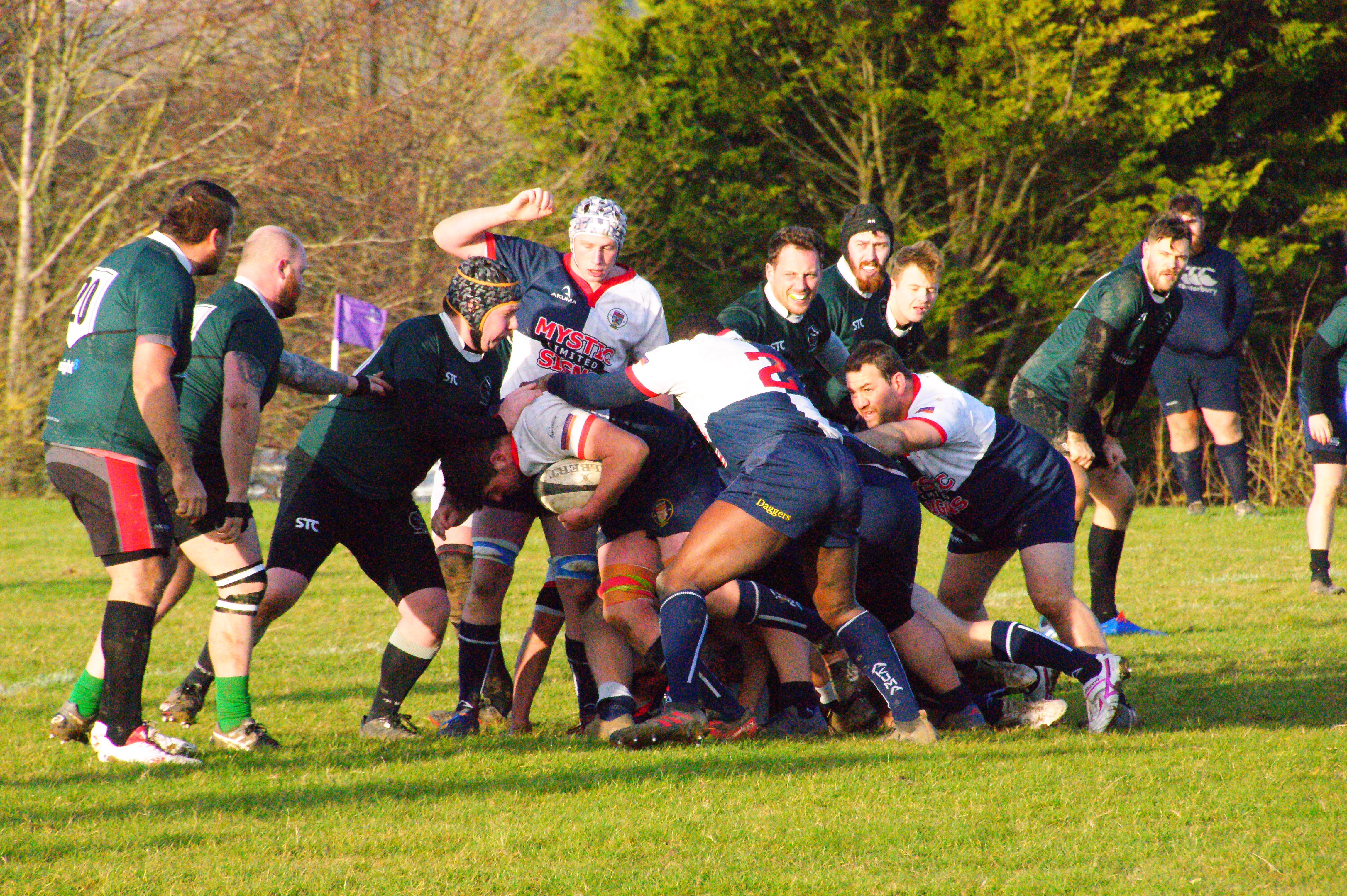 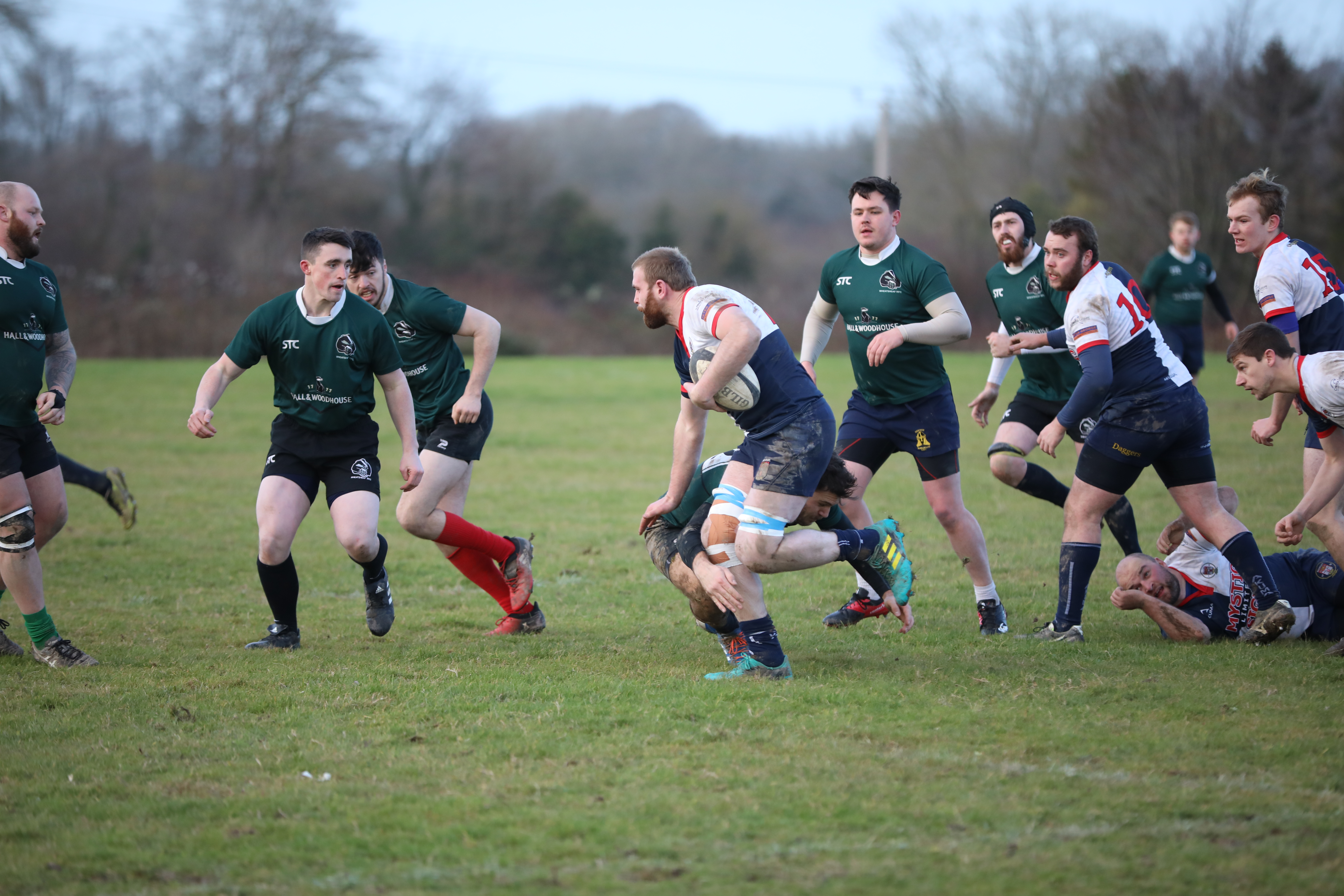