Bridport back on top as Wheatsheaf stall

With their nearest rivals Wheatsheaf Cabin Crew losing, Bridport returned to the top of the table on points difference and with a game in hand after a 10 try demolition of Oakmeadians II.

For the second time in a month the Daggers played a rearranged game on a free weekend but with player commitment they were able to put out a strong side.

From the kick off the Daggers showed their intent with the forwards driving into the Oaks half. They were soon on the scoresheet when after a series of turnovers the ball went out to Oscar Tompkins who ran in from 30 yards with Freddie Woolner converting.

A swirling wind was making conditions difficult at the line out but Woolner’s prodigious kicking out of hand kept Bridport in their opponents half and after a series of plays in the Oaks 22 Sam Roberts-Wray chipped behind the defence but the bounce of the ball just eluded him.

From the resulting scrum great interchange of passes between Livingston and Roberts-Wray saw the latter in for an excellently worked try. Bridport came again from the kick off forcing errors and good clearing kicks forced Oaks to defend in their 22. From a scrum Livingston sent the ball out to Tompkins for his second try.

The Blues soon had their bonus point try when Cutting and Woolner drove over halfway, from a resulting penalty Woolner’s long kick just missed touch but forced a 22 drop out by Oaks. The ball was collected well by Tony Herbert who fed Livingston and a great long pass to Woolner created the space for him to score in the corner.

Oaks at last created some momentum in the Daggers half and after a series of quickly taken penalties scored an unconverted try, the Blues going in 22-5 at half time.

At the start of the second half the Bridport defence went to sleep and allowed the Oaks forwards to slice through for a converted try. The response was immediate, despite conceding a scrum from the kick off they forced Oaks to concede penalties and from a 5 metre line out clean ball allowed Nathan Herbert to feed Livingston for an unconverted try.

Bridport cleared the kick off with a long Woolner kick and when Oaks returned the ball Paul Maloney with a great catch drove into the Oaks half. The forwards set up the ruck and the ball was spun out to Roberts-Wray for his
second try.

The Daggers had their tails up and forwards and backs combined superbly, Maloney feeding George Hussey for the score. The best score of the match followed the kick off, with a superb take and pop pass from Hussey to Woolner who drove through the onrushing Oaks forwards, and went the whole length of the field to score in the corner.

Oaks briefly threatened the Blues line a couple of times but great defence kept them out and when a well earned penalty allowed Woolner to clear long Bridport capitalised on poor Oaks defence. A driving maul was halted just short, the ball going out to Tom Gamwell to score, well converted by Layzell.

With the last play of the match Gamwell was just held up short but quick ball by the backs put Hussey over for his second try.

Bridport are due to play Salisbury 3rds Saturday 21 st , assuming no imposed restrictions. 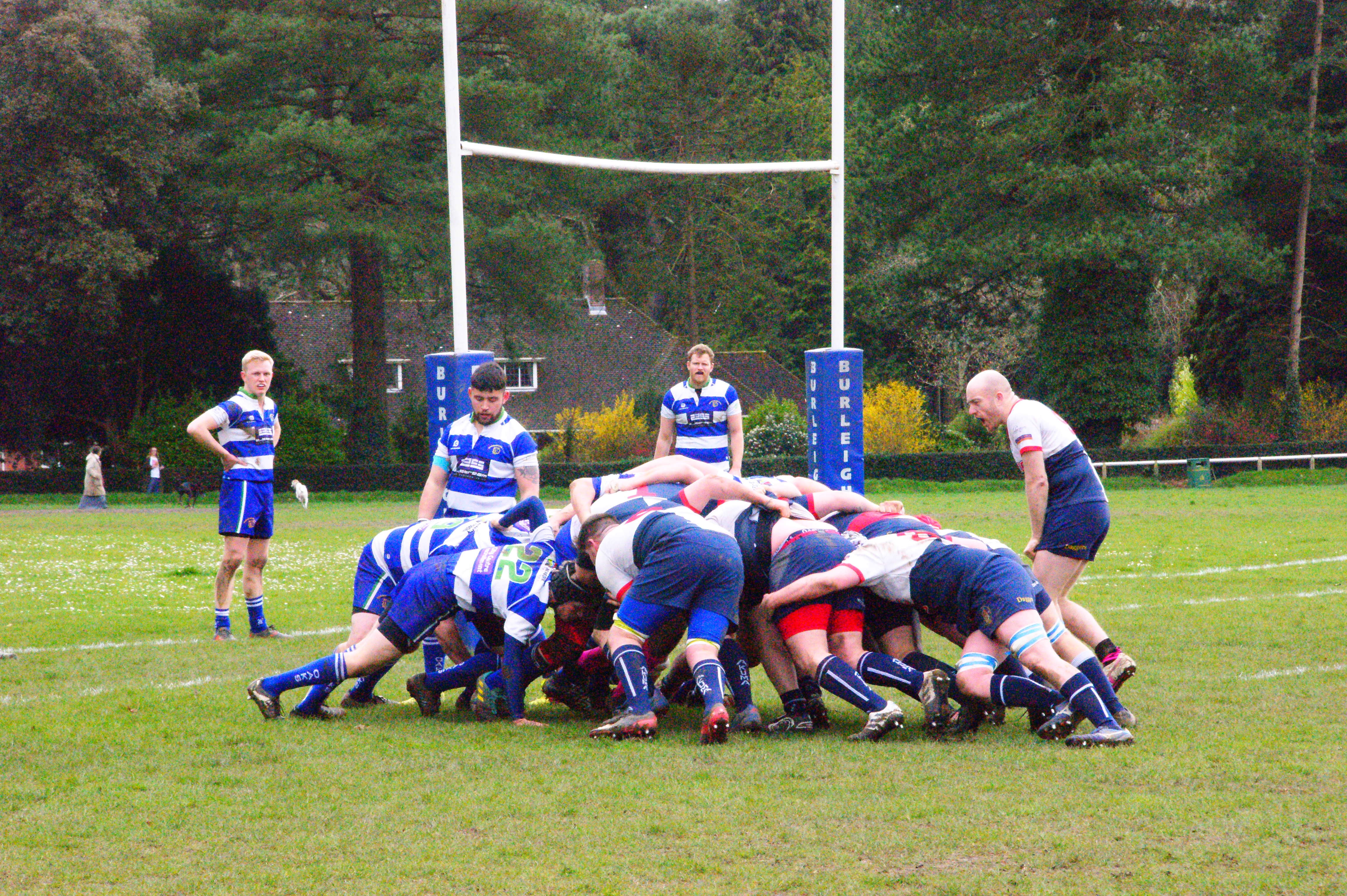 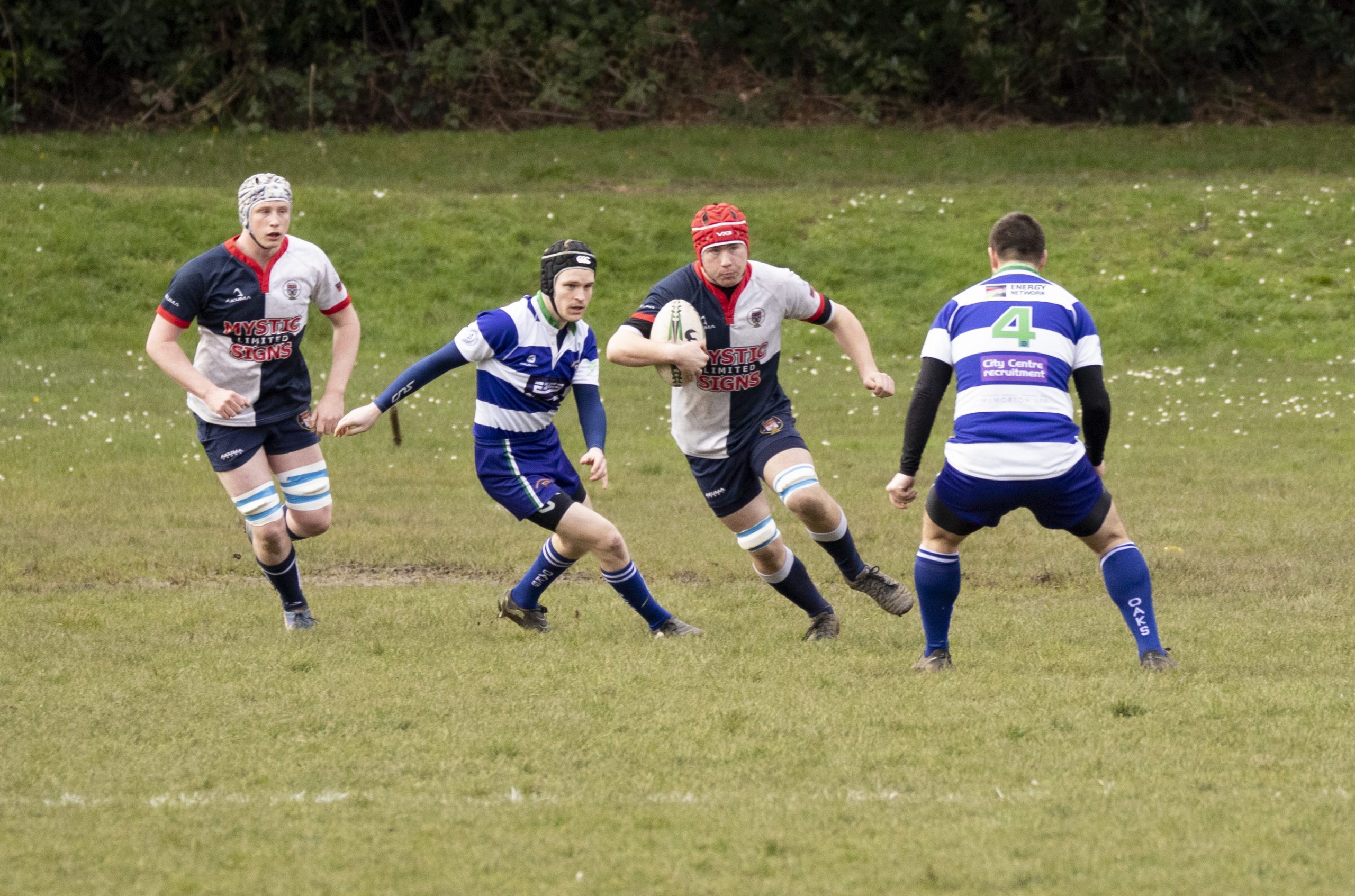